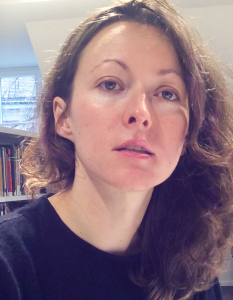 Monika Rut is a cultural entrepreneur and interdisciplinary scholar interested in how digital technologies are transforming socio-economic, political, and cultural relations. Her background is in political science and environmental and cultural economics (University of Bologna 2009). Since her studies, she has worked with a number of high ranked research and educational institutions for both culture and science worldwide.

Her research interests include sharing cities, economy 4.0, new institutions, self-organizing society and sustainable development. She spent prolonged research residencies in South Korea (MoA Seoul National University 2014), Singapore (Future Cities Laboratory 2013), Canada BC (Open Space 2012) and in Japan (Aso Folk School 2011). Curious about socio-technological shift towards the concept of sharing, she is exploring how the new paradigm of collaborative creation can make society less vulnerable to disruptions. Monika is also the co-founder of Virtuale Switzerland, a festival focused on implication of virtuality for public space and digital participation.