Published by Monika Rut on the 14th September 2018. 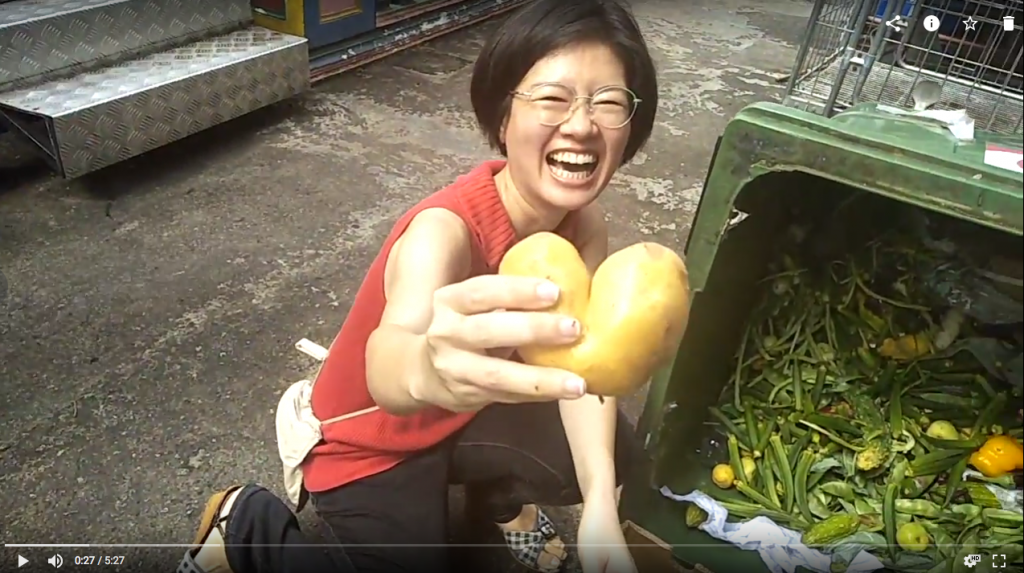 This summer brought me back to the tropics of the Lion City to continue ethnographic research and to work closely with key players in the food sharing landscape, the Singapore Food Bank and Edible Garden City, on the co-design of SHARECITY sustainability toolkit. When it comes about environmental efficiency and economic growth, sustainability is one of the most discussed topics in Singapore, in fact, over the last three years, the government-led Sustainable Singapore initiative has extensively prioritized sustainability targets such as zero waste and green economy, and has encouraged citizens to take proactive steps in promoting sustainable behaviours. However, for food sharing initiatives such as the Singapore Food Bank, Edible Garden City and SG Food Rescue, which are providing new ground for sustainable practices to take root, sustainability goes far beyond narrowly perceived metrics and extends to intrinsic values which underpin well-being, sense of empathy, close relationships and community engagement.

For example, the (infamous) question of “what happens with food waste in Singapore?” raises concerns of environmentalists, food activists, charities and businesses. In fact, while incineration companies make waste magically disappear, food sharing initiatives are bound to a mission of ensuring that surplus is visible, edible and valued. I was lucky enough to join food rescue missions organized with SG Food Rescue, a volunteer-based initiative that took its roots from the Singapore Freegan Community in 2017 which has then become the largest online network that organizes diverse food sharing activities including rescuing and redistributing discharged surplus to charities as well as organizing advocacy events and potlucks known as Kampung picnic. According to the SG Food Rescue Facebook page, the volunteers rescue up to 2 tonnes of perfectly edible food products each week. 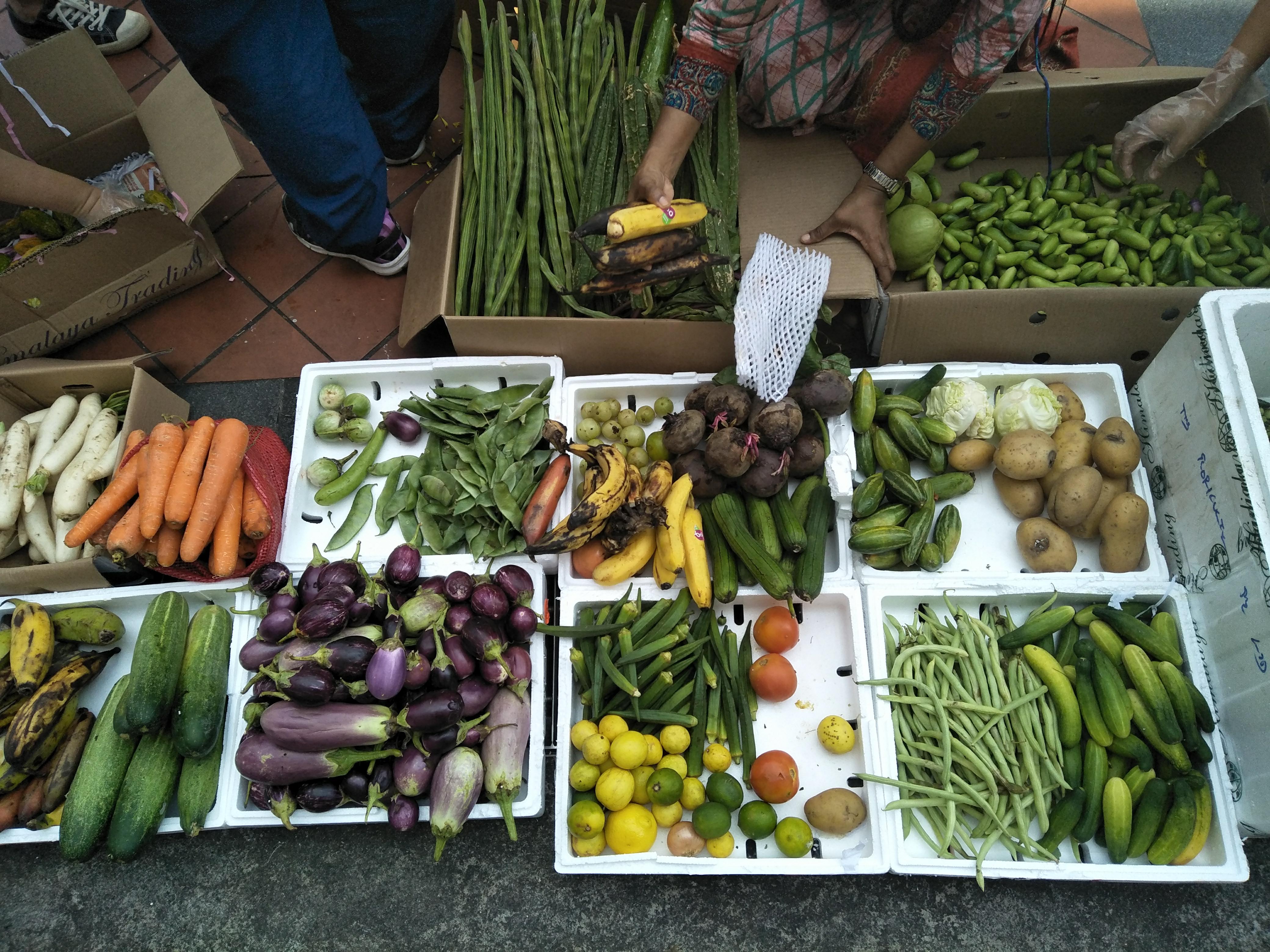 In my conversations with food rescuers, I learnt that those who participate in shared food rescue activities are driven by a joy of getting free food, sharing the thrill of food scavenging – an activity that is actually illegal in Singapore – and being able to act on a sense of moral responsibility, offering solidarity to food insecure communities to whom rescued food is redistributed. 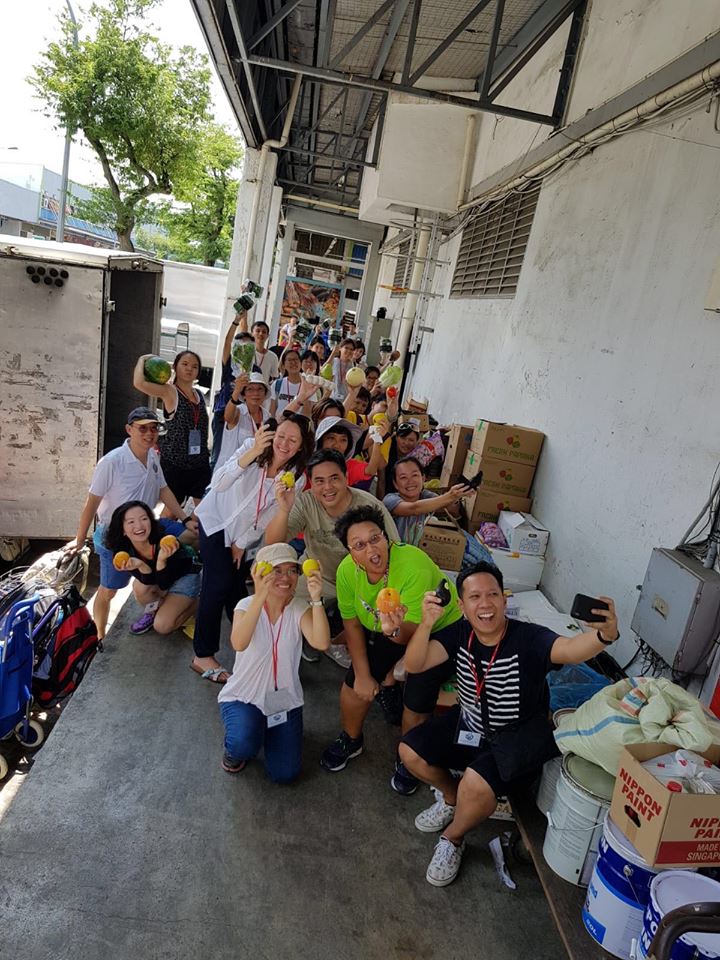 While SG Food Rescue doesn’t track their sustainability impacts as the initiative is still in its early stage of development, for the Singapore Food Bank and Edible Garden City, reporting sustainability outcomes is an important credibility check for beneficiaries, customers, stakeholders and the government. However, the Singapore Food Bank reporting practices to the government and the US Food Bank Network overlook the qualitative element of food sharing, such as the value of education. As mentioned in the conversation with the Singapore Food Bank Manager Jessie Tan, learning through volunteering provides a shared experience platform about the multifaceted challenges of food insecurity in Singapore, for example the danger of social isolation. In fact, not many people know that, food insecurity exists in Singapore, and it is often linked to feeling of loneliness and social abandonment and not only low-income status. 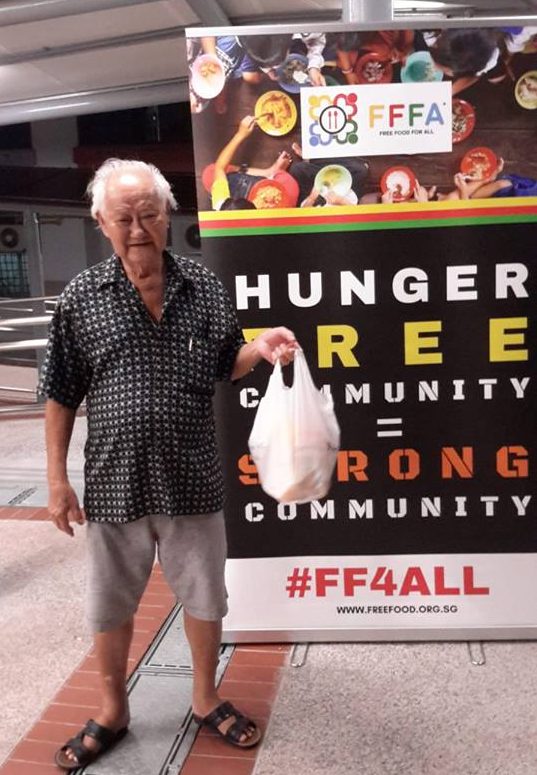 Hunger Free Community Action by Free Food From All

Thus, education for sustainability which has been seamlessly integrated in the core activities of food sharing initiatives has potential to increase social interaction and emotional support for those who are food insecure. According to the report on food hunger in Singapore released by the Lien Centre for Social Innovation, education and public awareness are indeed the most important indicators for sustainable food support system that could tackle food poverty in Singapore.

Finally, it was also nice to catch up with the urban farmers at Edible Garden City. Since last year, the social enterprise whose activities contributed to urban growing went through a trial and error process that helped them to reflect on their community farming model. While growing food is an important aspect of sustainable food systems, it might not be the most financially sustainable model to pursue in Singapore, given the cost of land, technologies and resources as well as the convenience driven mind-set of Singaporean consumers. But as I learnt from volunteers working with Edible Garden City, community food growing in Singapore has other sustainability goals than crops productivity. For Darren and Chris, the managers of the Citizen Farm, urban growing is necessary to enhance liveability in megacities such as Singapore. In 2030 Singapore projected population will reach 6 million people and with increased population density grows the risk of reduced quality of living. Thus, for Edible Garden City, building edible gardens known as foodscapes has clear but yet difficult to capture environmental and social benefits; communal foodscapes in the city reduce the heat island effect and promote stress-free environments, better mental health and social well-being. 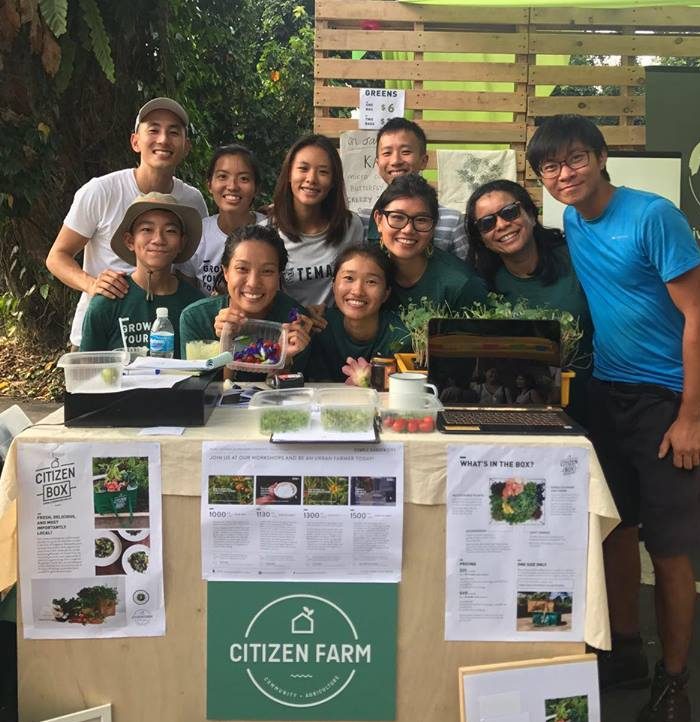 So, when the time to say goodbye came around, there was feeling of gratefulness that permeated the atmosphere around those who were part of the fieldwork, because the engagement brought us all together again in common goal, and left us with the belief that food sharing matters. We all came to the conclusion that new narratives for food sharing must be communicated that encourage people to participate which in turn cultivates stories that matters to them, and which will matter to others in the future. Simply put, all of this has a desirable impact on social, environmental, and economic performance in Singapore which is consequently linked to eco-efficiency and technological innovation for food systems and communities to be sustainable. Being part of a narrative that shifts food waste problem into social and environmental endeavour, or when land-scarce and import dependency translates over to community food growing, the needed engagement brings diverse participants together to envision and work towards not only imaginable but also shared food future.

Share This:
« Who needs another sustainability assessment toolkit for food systems?
Investigating the role of shared urban growing initiatives for achieving SDG11 »