Published by SHARECITY on the 26th August 2019. 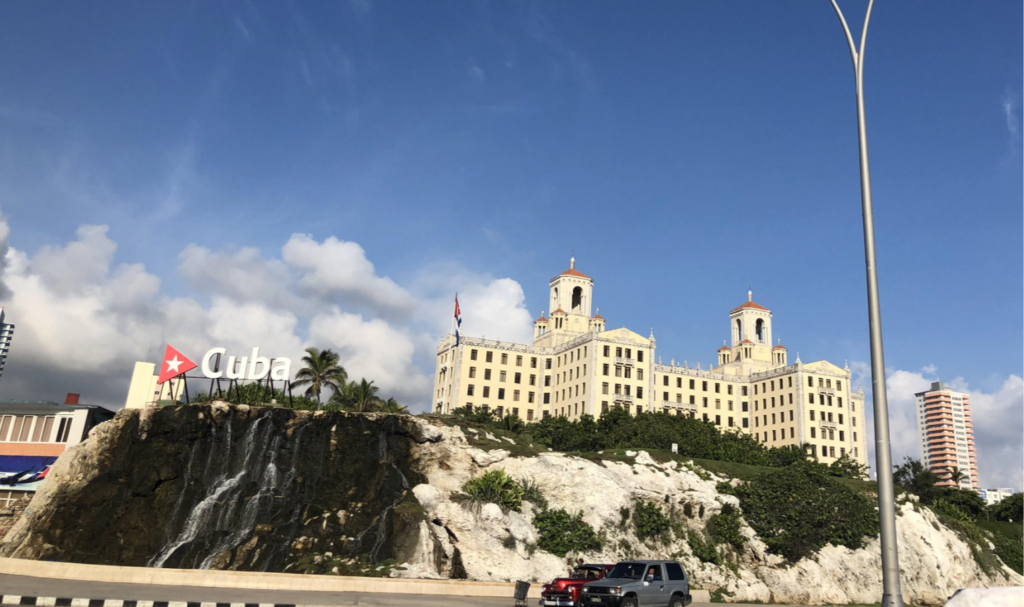 Hi to everyone out there following SHARECITY’s research! We hope you are all having a great summer.

We at SHARECITY are exploring food sharing across a range of different cities, but we couldn’t incorporate every urban area. Luckily, the summer holidays bring new opportunities to explore food in other contexts. In this summer blog edition, I’m going to take a look at Cuba, where I spend my summer holidays this year.

Cuba has long been a dream destination of mine and I felt very lucky to be able to go there this July!

My trip started in Havana, Span. La Habana, the capital of Cuba, which has a strong urban agriculture movement. As a passionate gardener myself I was delighted to see many urban farms in various sizes producing fruit and vegetables which are sold on the local farmers markets.

Urban agriculture contributes significantly to the food supply producing up to 70-100% of Havana’s fresh fruit and vegetables. The urban agriculture movement has seen a steep increase after the collapse of the Eastern Block led to a sudden oil shortage and monetary shortfalls. Before 1989, home gardens and urban horticulture in Cuba were rare (Leitgeb et al. 2016). During the economic and food crisis urban agriculture was the response to resource constraints (Murphy 1999). Many city dwellers began to grow vegetables and fruits out of necessity rather than intent (Altieri et al. 1999). The Cuban government soon implemented measures to support urban agriculture. Ever since then, urban agriculture has been strongly encouraged by the government, securing access to land and organizing urban farmers in cooperatives (FAO 2014).

Food distribution and rationing in Cuba

Most Cubans access food from several sources. Bodegas, are the first choice for obtaining basic food products like rice, sugar, cooking oil and coffee (Bono & Finn 2016). Every Cuban has a ration card, Span and a Libreta de Abastecimiento (“Supplies booklet”), permitting the purchase of a certain quantity for a fixed price. The system also determines the frequency of food purchases. Due to shortages, milk for example is only designated to children under 7 years, elderly people and pregnant women. Other products such as meat or fruits are commonly bought at fresh markets.

In Cuba the state plays a central role in organizing food distribution. However, alternative food networks also exist. Lobster for example, an abundant seafood in Cuba, is caught by local fishermen and by law only intended for tourism and export. Depending on informal social relations, however, Cubans are able to find these products on the black market for private consumption. Meat can also be obtained through keeping livestock. During my stay, I saw many households with chickens in the suburbs as well as in the city centre.

My next stop after Havana was the stunning Viñales in the province of Pinar del Rio, a tobacco-rich province in western Cuba. The fertile Viñales Valley with striking rounded limestone hills is where tobacco is produced on state-owned land for export. Many farmers here also produce vegetables, legumes, and fruits as well as root crops such as yucca, malanga, or sweet potato. I was very fortunate to visit a tobacco and coffee farm and to learn how Cuban cigars are produced, followed by a long hike in the beautiful valley with its bright red soils. 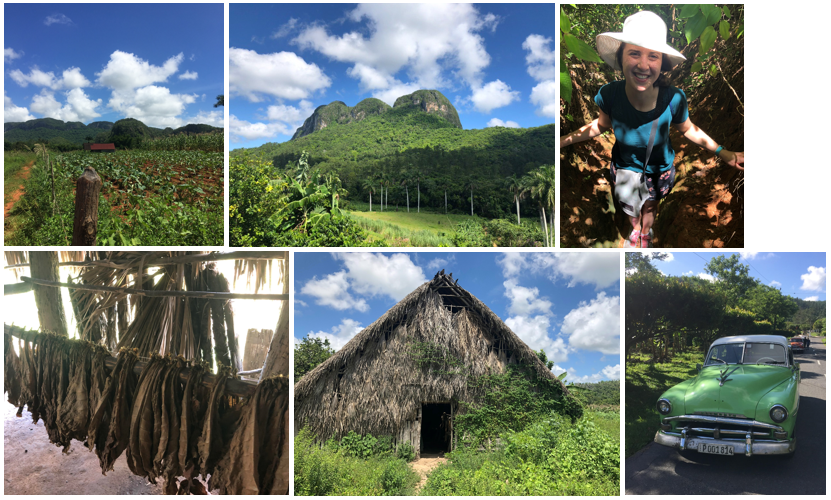 Last on my list of stops in Cuba was the city of Cienfuegos, the Pearl of the South, known for its colonial-era architecture. It was here, where I got to experience the best what Cuban cuisine has to offer. I had mangos in every possible variation (it was mango season!) as well as delicious plantains (I made my own Tostones) and rum in many forms. My favourite rum cocktail, beside the classic Cuba libre, was a Cubanito which can be best describes as Cuban version of a Bloody Mary. The cuisine with all its fresh ingredients left a lasting positive impression and made a perfect ending to a wonderful trip!

I hope this short summary has given you a glimpse of the Food and Cuba and my time on this wonderful island.

I am very happy to have been able to visit this incredibly diverse country with such fascinating history. I am also more than grateful to have met so many wonderful people in my time there! 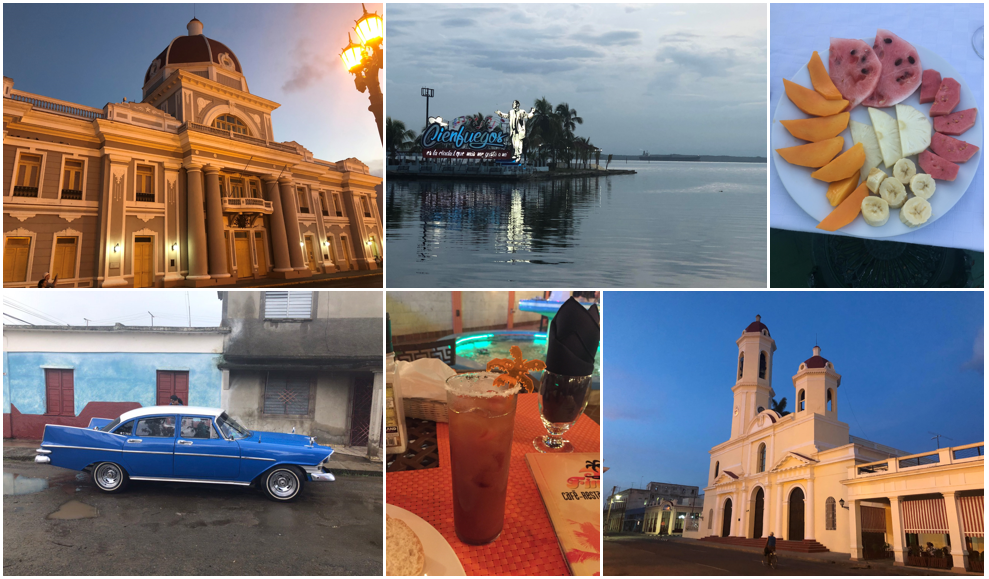 Share This:
« Food sharers working in the shadows of policy
Q&A with Anna Davies, project lead for the ShareCity project »