Published by Brigida Marovelli on the 14th November 2017. 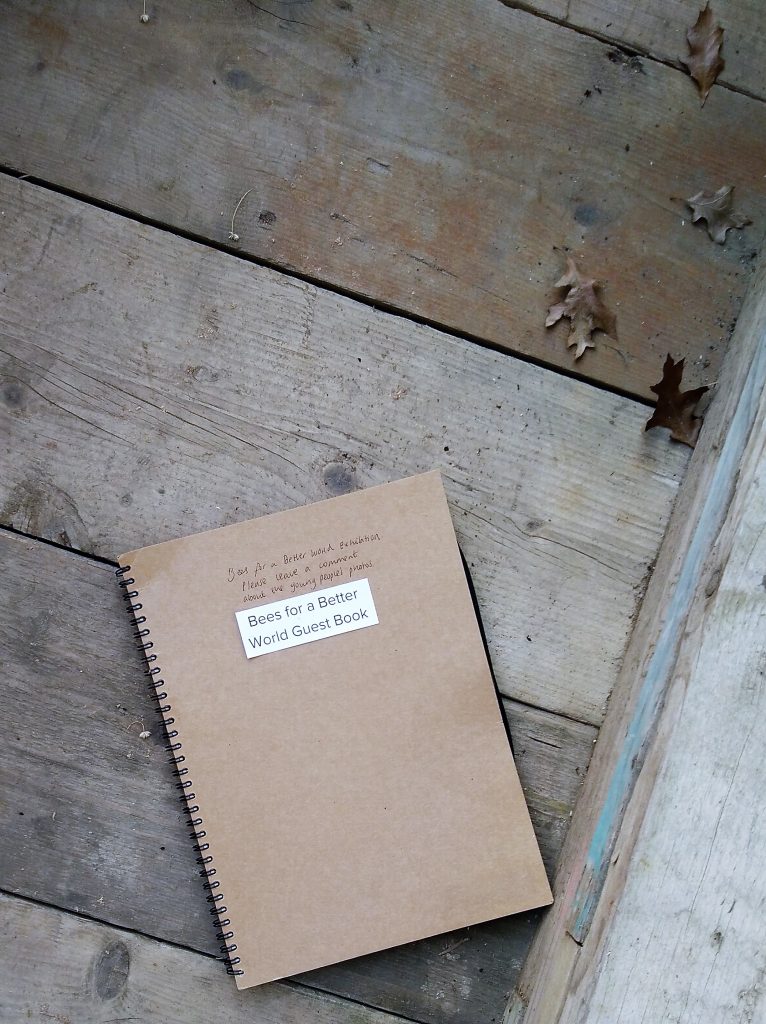 Kids and adults tasting honey from urban bees in a yurt amidst King’s Cross gigantic redevelopment site; a cooking session full of laughter, rescued vegetables and creativity involving students with learning disabilities in a community centre in Elephant and Castle; growing and harvesting chard and kale in a car park behind a recycling centre in West Norwood; a visit from an elderly Hackney-born lady who collects the coconut flour I was not going to use and tells me about the revived interest in neighborhood food sharing thanks to an app. These are snapshots of just a few of the unexpected moments that unfolded during my fieldwork in London between January and April this year, where I conducted an ethnographic research around food sharing.
The four initiatives I chose as case studies range from educational food growing projects to surplus food redistribution, from social supermarket to community kitchens. I spent a lot of time in London volunteering and participating with these initiatives such as the Skip Garden and Kitchen, an inspiring example of temporary food growing spaces. Such projects are fostered by Capital Growth – the UK food growing network run by Sustain. According to Capital Growth’s recommendations, the temporary use of vacant land and sites awaiting development for food growing should be encouraged by local planning authorities.

Much more than just a garden and a café, the Skip Garden, run by the UK registered charity Global Generation, has a strong focus on conviviality and new ways of living together with respect for nature, organising a wide range of activities to promote a reflection on our relationship with the planet. The way the space is organised immediately conveys a sense of originality and creativity, housing a yurt, a Glass Lantern made of recycled scaffolding boards and sash windows, and a ‘grey to green’ water recycling system that collects and filters the discarded water from the kitchen to water the garden. These temporary structures were co-created with different stakeholders, such as the UCL Bartlett School of Architecture. I also had the pleasure of seeing the first stages of Global Generation’s new project. Adopting a similar approach involving a collaboration between designers, architects, residents and schools, this project will create a Paper Garden which includes a maker space and a food growing project within Canada Water development site. 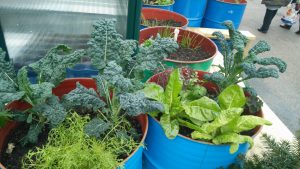 Heading south, I participated in Community Shop in West Norwood, a social enterprise set up by Company Shop, the largest redistributor of food surplus from manufacturers in the UK.  Modelled on other European social supermarkets, it not only reduces food waste by diverting edible food from landfill, but it also supports people in poverty by selling the surplus at a discounted price and offering training, support and advice for those seeking employment or in financial difficulties. Furthermore, Community Shop’s café functions as a meeting place, boosting social interaction. Recently it has also established a growing space in its car park, thanks to the collaboration with Urban Growth, a fellow social enterprise promoting growing spaces and environmental education. 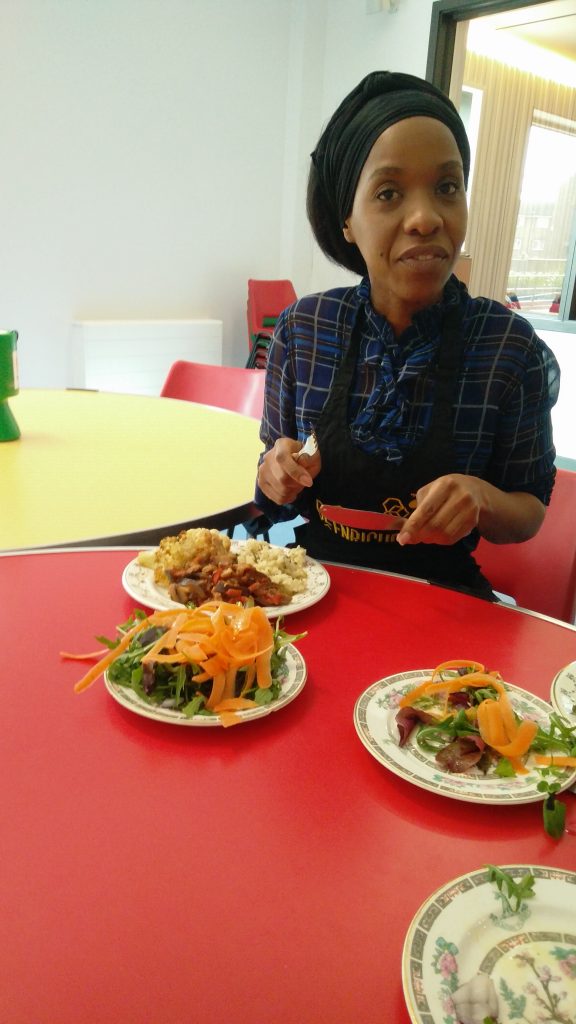 Across three different locations in South London, I also joined enthusiastic and diverse teams of volunteers who come together each week at Be Enriched’s kitchens in Elephant and Castle, Battersea and Tooting to share their knowledge and skills, to deliver a free vegetarian meal for the local communities. Most of the ingredients are surplus donated by local food businesses and supermarkets. I followed with interest the developing of Cooksforce, the latest programme by Be Enriched, which is a community cooking training funded by the Evening Standard “Food for London” scheme. Cooksforce aims to involve young people and kids in the kitchen and to teach them how to cook healthy meals on a budget. There is a focus also on reducing food waste within the households, by inspiring recipes that use parts that would normally be discarded, such as chicken carcass, herbs stalks, or beets leaves. 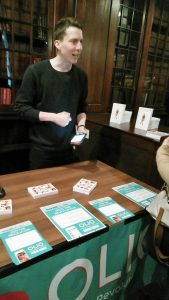 Ben, responsible for community and communications at OLIO

The cogency of food waste activism emerged as prominent in London as much as a tight collaboration between institutions, charities, social enterprises and innovative businesses to face the challenges towards a zero-waste city, as stated by the Mayor of London’s latest Environmental Strategy, which is still open for public consultation until November 17th, 2017.
It is in this climate that the Zero Waste movement is gaining momentum. During my time in London, I attended talks and events about how to reduce the household waste and I spoke with many citizens interested in low impact shopping through bulk and packaging free buying. The use of technology and apps, such as OLIO, has played an important role in facilitating this effort.
I used OLIO to exchange surplus food with neighbours, especially in Haringey and in Hackney where I was based. The smartphone app is globally available, but has a particularly strong presence in North London, East London, Bristol and Brighton and I soon realised that the local community was very active. Via OLIO, users can share food and other goods for free, but the start-up has contributed to creating online and offline communities of sharers. One of the most dynamic tool for volunteers to organise their actions consisted of the Facebook volunteer page, where users from different parts of the world connect and communicate around a wide variety of topics, but mainly on how to involve more people in food sharing. OLIO’s team also created a zero-waste newsletter that circulates information about facts and strategies to reduce our environmental impact. 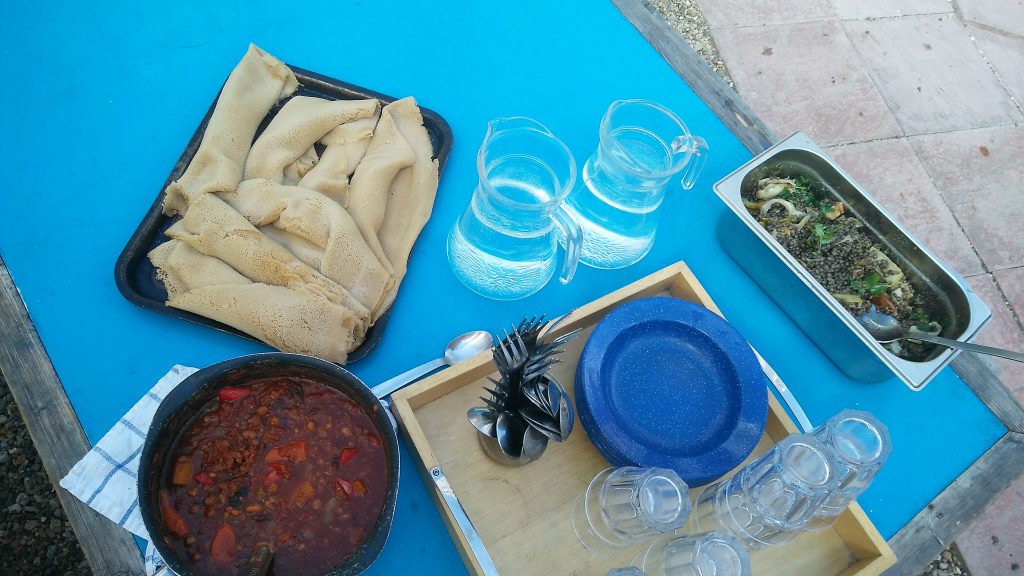 My fieldwork confirmed London as a hub of social innovation, previously indicated by its leadership in the SHARECITY100 database of urban food sharing initiatives, and I witnessed how London’s thriving third sector is responding to the call for more sustainable diets and to socio-economic challenges. Austerity measures in the UK have affected the number of people in food poverty and many initiatives have reacted to this emergency, not only by providing meals but by building a sense of community and sharing skills around cooking and food waste. Each of the initiatives I observed stresses the importance of education to sustainability and dedicates most of its resources to circulate knowledge and information.
The list of people that got involved in the research and that I am grateful to is long, but I would like to say thank you to my case studies: OLIO, The Skip Garden and Kitchen, Be Enriched and Community Shop. I would also like to thank the Institute for Social Research at Birkbeck University, where I was based as Honorary Visiting Fellow; Sustain: the alliance for better food and farming, Stories On Our Plate – SOOP, The London Food Link, Feedback Global, This is Rubbish, The Brixton Pound- Pay-As-You-Feel Café, People’s Fridge Brixton, the Connected Seeds Library, West London Waste and many others.