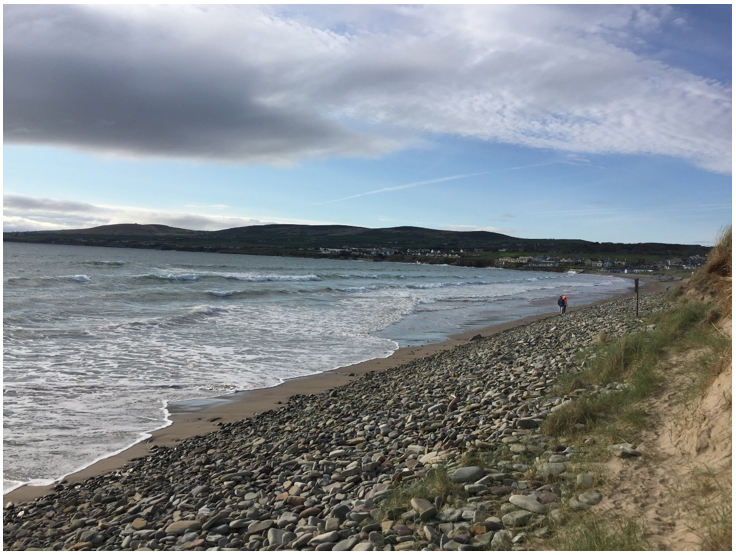 Shaping Ireland: The co-evolution of nature and culture

In 2018 I was asked to respond to a forthcoming flagship summer exhibition of the National Gallery of Ireland – Shaping Ireland: Landscapes in Irish Art – which was formally opened on 24th April and which runs until 7th July 2019. The exhibition includes multimedia artworks developed over the last 250 years which explore relationships between people and the natural world. In an innovative move the curator Donal Maguire extended the normal format of an exhibition catalogue and commissioned a selection of responses to the exhibits from poets, artists, architects, designers, environmental activists and academics to feature in a fully illustrated catalogue. While taking me out of my comfort zone as an academic writer, the process of responding to visual representations of how people have interacted with the land in Ireland was a stimulating experience that prompted reflection on concepts that were central to my PhD research conducted 20 years ago at the University of Cambridge and which remain today as central tenets of SHARECITY. My response is replicated below:

The co-evolution of nature-culture

Navigating and interrogating the commonalities, connections and relationships between nature and culture has long been a foundational project for geographers, just as representing those intersections has been a powerful theme for artists of all kinds. While we do not have a map to lead our interactions with the world that surrounds us, we do have many ways to read the terrain. With increasingly robust scientific evidence that humanly induced climate change could bring mass extinction events to our planet in ways not experienced for millennia, it is more important than ever to reflect on humanity’s role in shaping the places within which we dwell. While such reflection is not a new endeavour – a distinguished lineage of literature, art and science has emerged which directly confronts how what we make (culture) affects that which we do not (nature) – the extent of human reach means it is getting progressively harder to find places where humanity has not left its mark. From the microplastic fingerprints of human industry found in Arctic sea ice to the detection of laboratory-formed chemicals in the stratosphere, increasingly we seem to be everywhere.

It is tempting, as a result, to reduce nature to a colonised object subdued by the aggressions of human cultures, but we are not the only active agent when humans and non-humans collide. Indeed, the idea of culture being something apart from nature is a fallacy and non-human nature in all its variegated forms is not a passive recipient of human endeavour. Non-human nature has its own creative energies from the earth-forming processes of rivers and seas, winds and waves, storms and wildfires, to the ecological responses of air and sea life as climates and habitats change. Life and landforms are not static and unchanging, they are restless and mobile. From herculean mountain ranges to the friction zones where sea meets land, there is liveliness and vitality in non-human nature even under the emerging condition of planetary urbanisation.

Rather than separating and isolating the concepts of nature and culture it is more constructive to recognise the complexities and ambiguities in their co-evolution. Artistic interventions can help generate an awareness of these co-evolving nature-culture processes and their associated effects of ruination and productive activity; communicating the earth as a work permanently in progress. As Rob Cowen has written in his autobiographical nature-culture story Common Ground, “all too often, we think of nature as something distinct from ourselves, something to go and see, a place that’s separate from the ordinary modern world in which we live and work. But if we take the time to look, we soon find that’s not how nature works. Even in our parcelled-out, paved-over urban environs, nature is all around us; it is in us. It is us.”