Published by SHARECITY on the 1st December 2017. 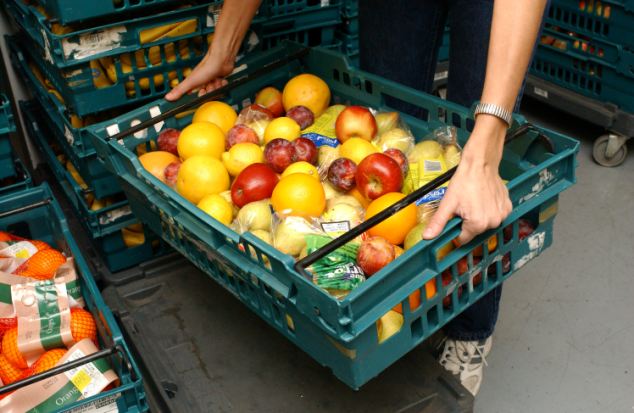 Sustainable use of food resources plays an important role in the UN’s Sustainable Development Goals which aim to tackle sustainability under 17 distinct themes. Goal 12 deals with an important part of a sustainable lifestyle, responsible consumption and production. This goal aims to promote resource efficiency; essentially doing more, and better, with fewer resources. Target 12.3 deals specifically with food waste, aiming to halve food waste at the retail and consumer level by 2030. At a European level, the Circular Economy package states that Member States should take measures to encourage the prevention of food waste. Within Europe, some states including Finland and Italy have taken a proactive approach to tacking food waste and drafted specific guidelines and legislation. Within these states, the redistribution of surplus food has been identified as an important and effective method to help reduce food becoming waste. It is also being actively encouraged by the EU through guidelines for food donations. However, established food safety and hygiene regulations in their current configurations have been highlighted as a major barrier to this activity within the EU, because of demands for full traceability, labelling and the identification of a responsible person with respect to liability for any food safety issues. This places additional demands on organisations with often limited resources. Of course, food safety has a very important place in all food production, consumption and redistribution. In fact, it is particularly important in this sector due to the high-risk nature of the food being shared and often the vulnerabilities of people receiving it. Regulations are the traditional form of enforcing these food safety standards, but this is difficult in an evolving sector such as the sharing economy as it is currently a legal grey area, with policy implementation hampered by accountability and liability issues.

I found that food safety has developed an increasingly visible place in European food policy, outlining the emergence and evolution of a risk-based, scientific approach to food safety management in regulatory instruments. Meanwhile, national food safety policy develops standards and procedures, providing more practical regulation of food businesses. At the coalface of food redistribution, local initiatives were all found to place a high level of importance on food safety and clearly understand the risks redistribution poses. However, the majority of initiatives believed that current food safety regulations are restrictive and too strong, and would like to see changes to education and awareness, as well as guidelines on the interpretation of food safety regulations in redistributive services and the creation of a standard quality system for all actors involved in redistribution.

Overall, it’s clear that the concept of food sharing is gaining traction in many spheres, but the focus in the future will be on how to implement it safely, to best serve those donating, redistributing and receiving the food.

You can read the full version of Alan’s dissertation here.

Share This:
« Thank You Food Sharers of Singapore!
Next steps for SHARECITY – What difference does Food sharing make? »