Published by SHARECITY on the 19th January 2017. 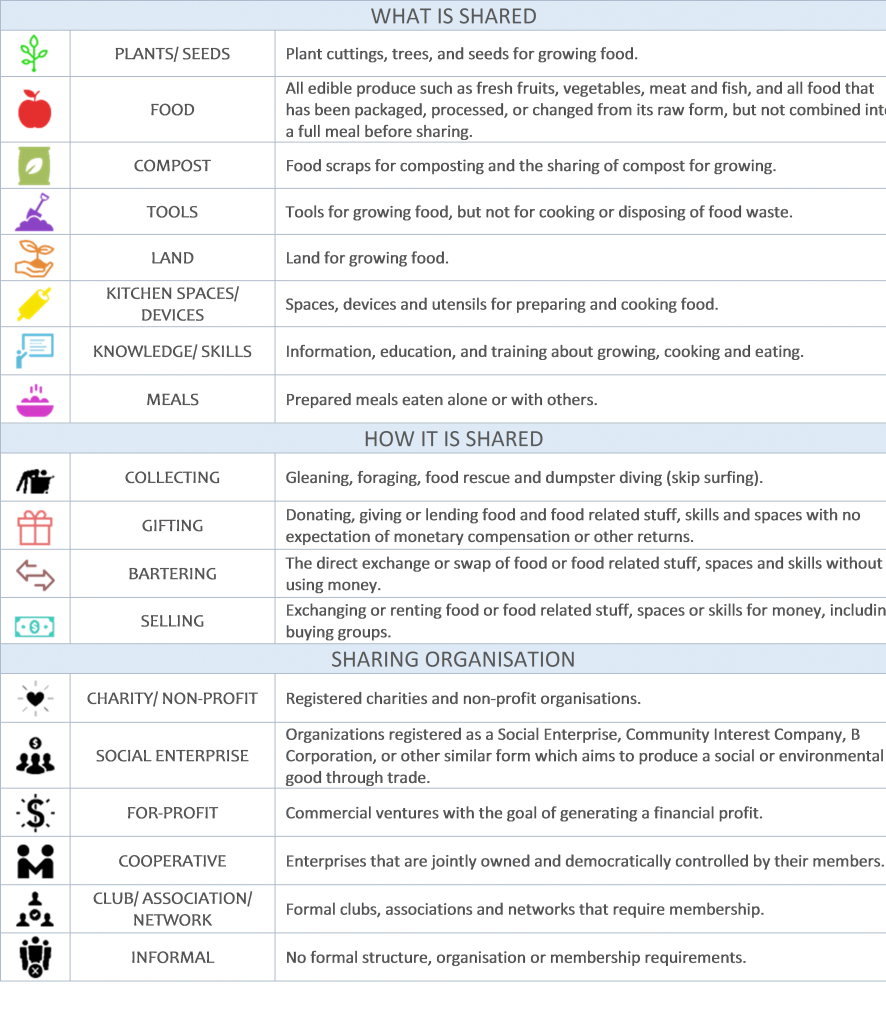 10 Inspiring Enterprises from the SHARECITY100 Database

The SHARECITY100 is an interactive database of food sharing activities in 100 cities around the world. From food banks and community gardens, to meal sharing platforms and secret restaurants, it catalogues a variety of initiatives, determining what is shared, how it is shared, and how the sharing is organised. This searchable database is for anyone who is interested in finding out more about the innovative and creative ways people around the world are sharing food, skills, and the experiences of growing, cooking, and eating together.

The SHARECITY team have picked 10 of their favourite food sharing initiatives to give an idea of the type of inspiring activities detailed in the SHARECITY100.

In 2015 the global hop crop was failing by 25%. The same year Social Hops was established with the aim to create a local hop economy by encouraging and connecting Dublin hop growers with local micro-breweries. Growers are provided with ‘starter packs’ (group deals exist for community gardens) containing everything needed to produce hops along with ongoing support, resources and community events. Once the perennial hops are mature Social Hops organises a harvest event where growers swap them for locally brewed beer.

Foraging and dumpster diving (a.k.a. skip surfing) have been seeing a revival in popularity in recent years, as city dwellers seek stronger connections with food and nature and concern over food waste heightens. Falling Fruit is an interactive mapping platform, self admittedly not the only nor first of its kind, which geolocates edible material, from fruits trees and fungi to bountiful dumpsters. The majority of sites listed are on public property though some are private and come with notes that permission to pluck is required.

Having transformed a large, illegally squatted, concrete hall into cosy restaurant, The Freegan Pony serves only vegetarian food which has been salvaged from the bins of wholesale food markets. Run entirely by volunteers including a rotation professional chefs, it tackles the challenge of food waste whilst keeping prices on a ‘pay what you can afford’ basis.

All around the world, throughout history, food has had the ability to bring people together and foster discussion and innovation. FoodSpark is harnessing this power of food, bringing citizens together in themed potluck-style dinners with the aim of sparking conversation on local social issues and challenges and generating creative ideas and solutions. Though initially founded by the team at Civic Creatives the concept of FoodSparks has spread and they are now organised by individuals and groups across many locations.

Originated in Melbourne, Permablitz combines the concepts of ‘permaculture’ and the ‘backyard blitz’ by bringing people together to design and transform individuals’ yard into edible landscapes. Based on the reciprocity, volunteers can also have their own yard ‘permablitzed’ for free after participating in 3 projects for others.

In a land-scare and import-dependent Singapore, the team at Edible Garden City is working to design, build and maintain food gardens in a dense, urban environment. They repurpose under-utilized spaces such as rooftops and sidewalks with the belief that growing food reconnects urban dwellers to nature, conserves natural resources and increases food security.

The concept of ‘Puertas Cerradas’ or Closed Door’ restaurants emerged in 2001 following the economic crisis in Argentina. Hosted in the homes of individuals, often by the city’s top professional chefs, they are somewhere between a private dinner party and a restaurant, with food often served at communal table.

Since 2002 Growing Home Inc has been providing paid, farm-based experience to people facing low incomes and employment barriers in Chicago. Originally built on lots which had been laying vacant for over thirty years, the urban farms also provide fresh, organic produce to the local community. Growing Home Inc sees the connection between healthy communities and economic stability, and supports people on the path to self-sufficiency fulfilling employment.

New technology and communication platforms have recently been making waves in the food industry. Watscooking is an online platform which offers amateur chefs in India the opportunities to sell their homemade produce or offer home-based classes. Chefs can offer their meals as a dine-in, take-away or delivery option to those who are looking for inexpensive and tasty alternatives to restaurants.

Aesthetics, ripeness and low sales are all reasons why edible fruits and vegetables may never even leave the farm, save in a bin. The Spain-based Espigoladors is embracing this rejected food, connecting with farmers in Catalonia and sending volunteers to harvest any produce not destined for market. It is then donated to charitable enterprises such as soup kitchens to provide vulnerable people with fresh, healthy food.

Share This:
« SHARINGLAB on gifts, commodities, and consumption in the sharing economy
Introducing Our SHARECity Profiles »