Published by SHARECITY on the 2nd November 2017. 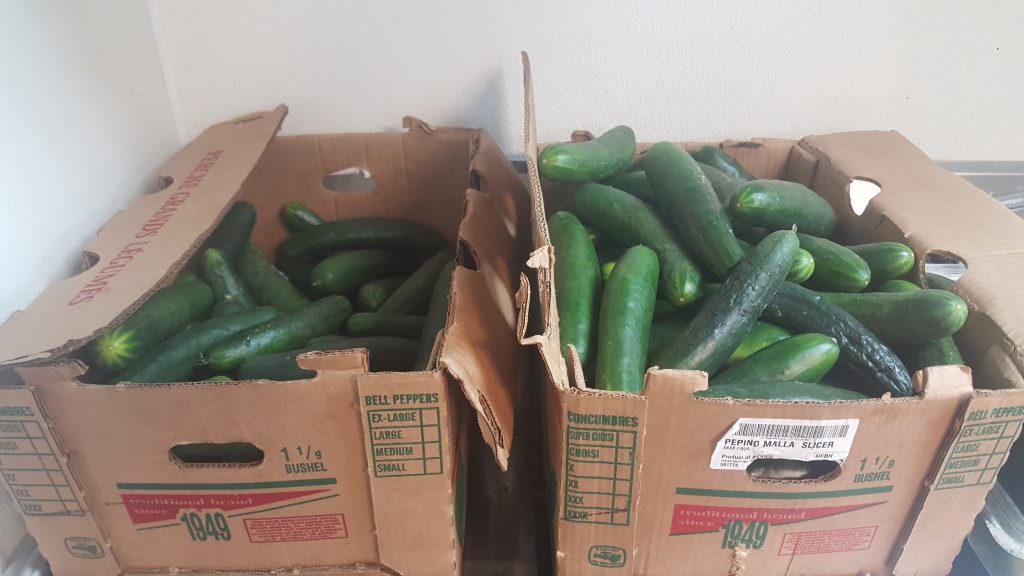 Over the summer I was lucky enough to travel to the San Francisco Bay Area of California to spend a month exploring surplus food redistribution in the region. Also known as food rescue or food recovery, the practise involves the collection or gleaning of edible food that would otherwise go to waste and subsequent redistribution to individuals or communities in need. The Bay Area, a region with a rich history of social and environmental activism, is now home to a multitude of inspiring initiatives working to alleviate food insecurity and address food waste, many of whom invited me to meet them and gave me valuable insight into their activities.

Food Runners have been redistributing food long before the mainstream media realised over one third of all food grown is wasted, often failing to reach even the dinner plate. Run almost entirely by volunteers this grassroots organisation has been moving food around San Francisco since 1987, now delivering over 15 tons of food per week, enough to produce 10,000 meals. Yet in recent years the need for emergency food relief has grown, driven by skyrocketing housing prices and associated costs of living. Despite living in a fertile state that produces almost half of all the fruit vegetables and nuts in the US, a growing number of Bay Area residents are at risk of food insecurity and the city of San Francisco has one of the highest percentages of people living on the streets in US cities, a problem also seen in neighbouring cities such as Berkeley and Oakland. 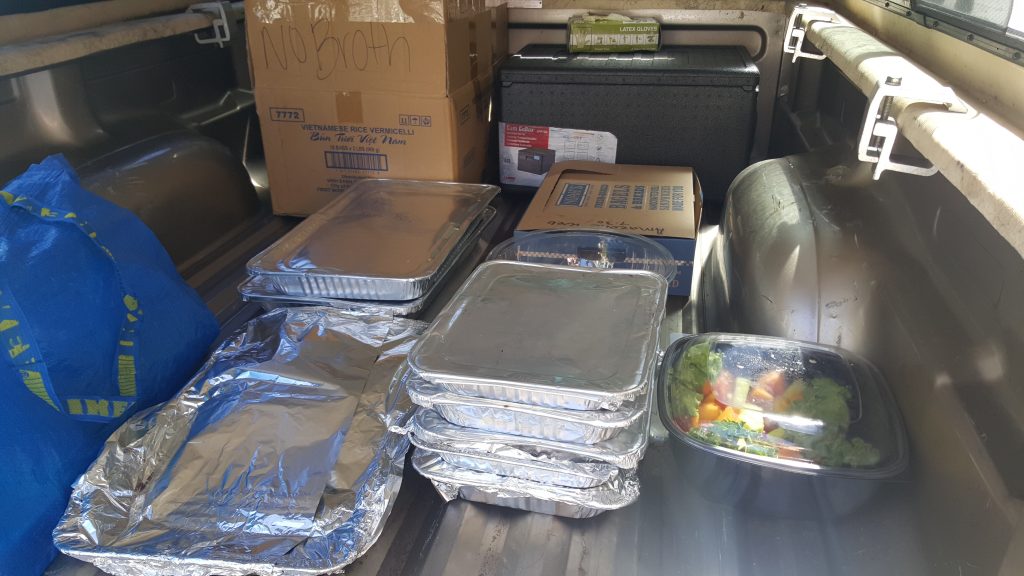 Whilst many point the finger of blame at the local ‘tech boom’ and influx of young, skilled, and high-salaried professionals, technology is also being used to innovate ways of redistributing surplus food with greater efficiency and reach. Berkeley based Replate uses an advanced technology platform to match and move surplus food (often from tech offices themselves) to emergency shelter and food providers, collecting data on wasteful food habits and reporting it back to the donors. Food Shift in Alameda are doing more than saving food from landfill, they are also running a kitchen with experienced Chef Terrell where rescued food is prepped, cooked and delivered to shelters in the area. This kitchen also provides training and jobs, truly tackling food insecurity at its roots. 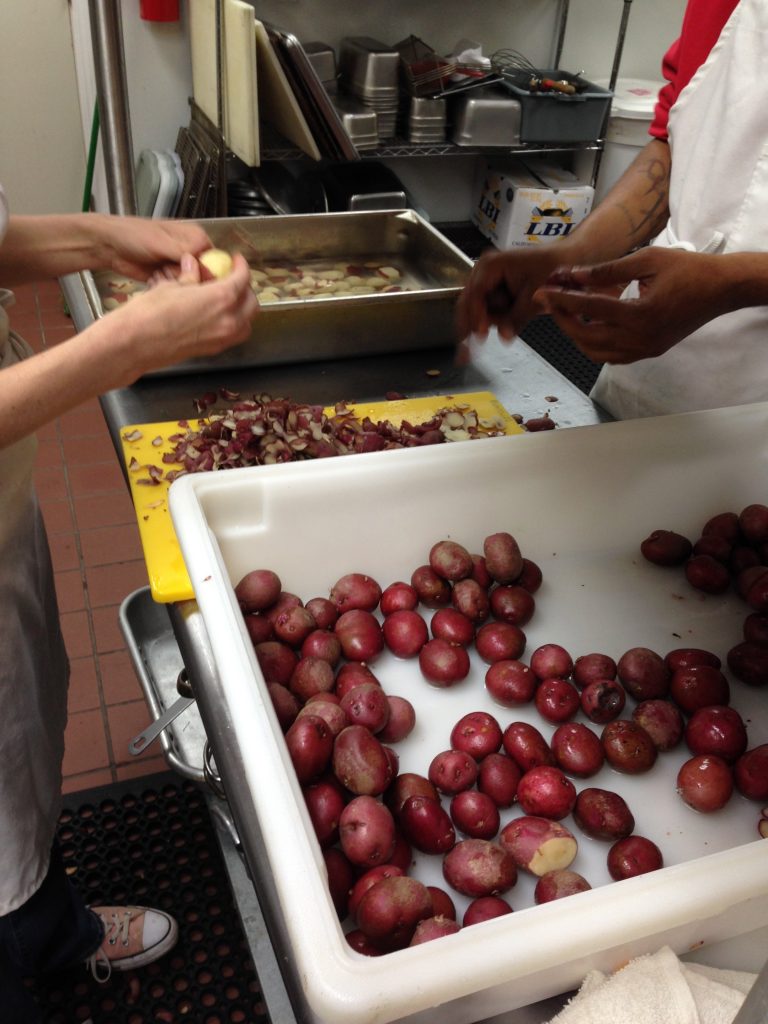 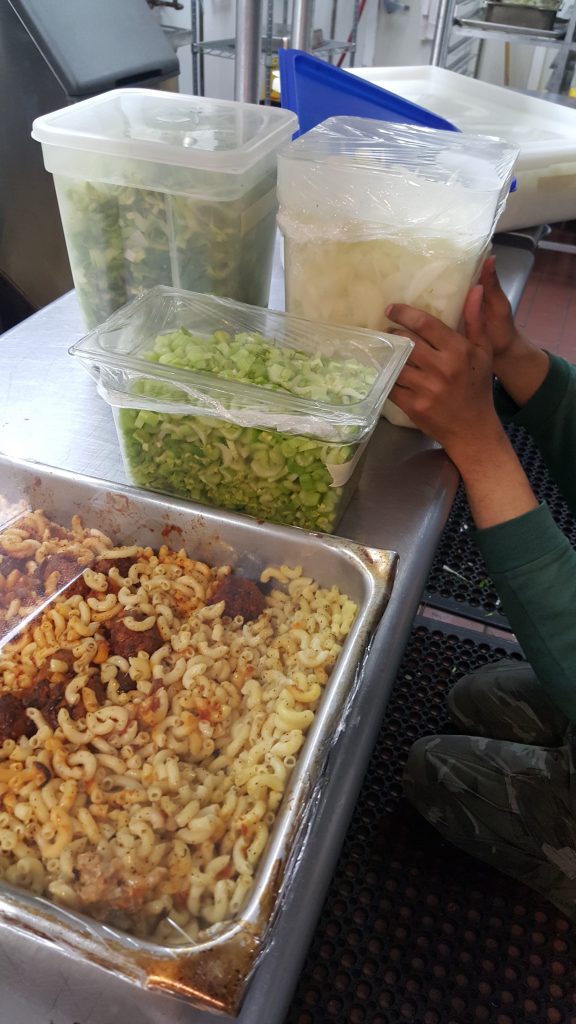 The University of San Francisco is home to a chapter of the Food Recovery Network, a nationwide student movement against food waste and hunger. Sacrificing their evenings and weekends, a dedicated group of students collect surplus food not only from campus cafeterias but also local cafés, restaurants and wholesale markets, and then drive it to areas in the city with high levels of poverty and homelessness. This, in addition to college work, exams, and many other demands of student life.

Wherever food is at risk of being wasted, from farms and supermarkets to cafés and offices, there are dedicated individuals and communities working to find a solution and give value back to the food. It was truly inspiring to see the huge amount of time and energy being put into rescuing food and feeding people in a city as vibrant and diverse as San Francisco. It certainly provided many research ideas and insights which wouldn’t have been possible without the time and generosity of these initiatives. Thank you!

I would also like to thank the following initiatives for taking the time to speak with me: Copia; Food Cowboy; SF-Marin Food Bank; Ampleharvest.org; Imperfect Produce; CropMobster; Salvage Supperclub. 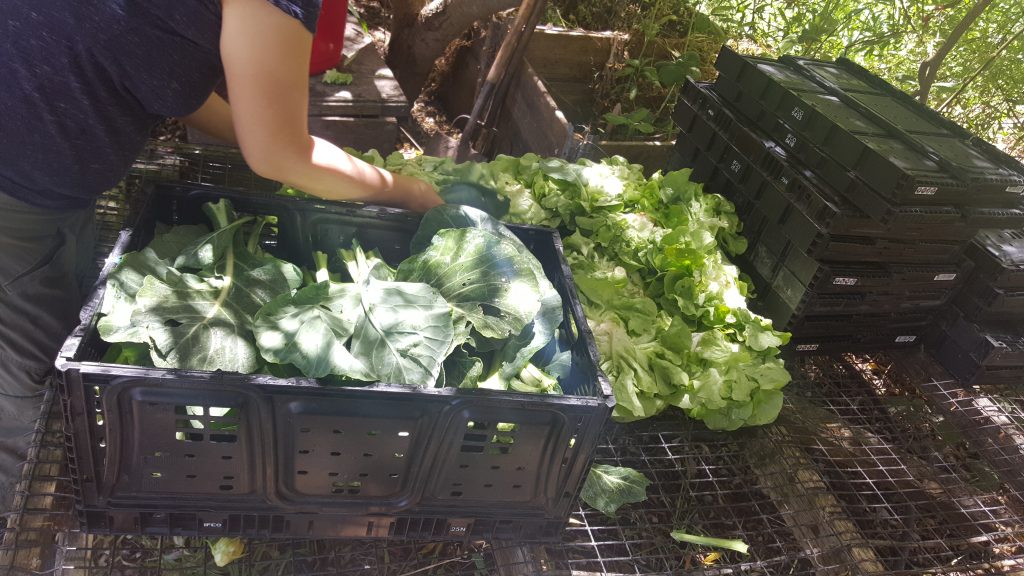 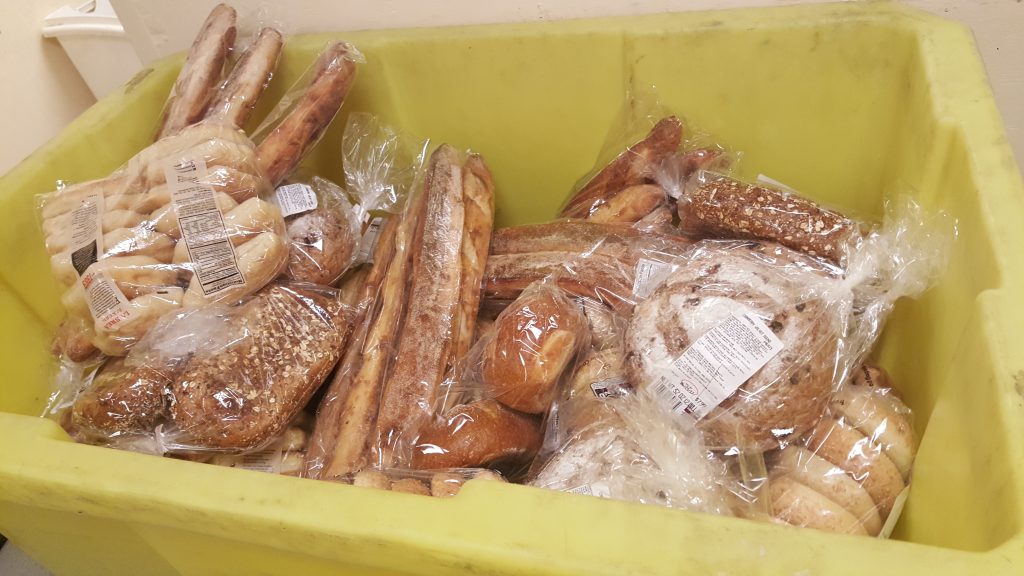