Published by Ferne Edwards on the 20th October 2017. 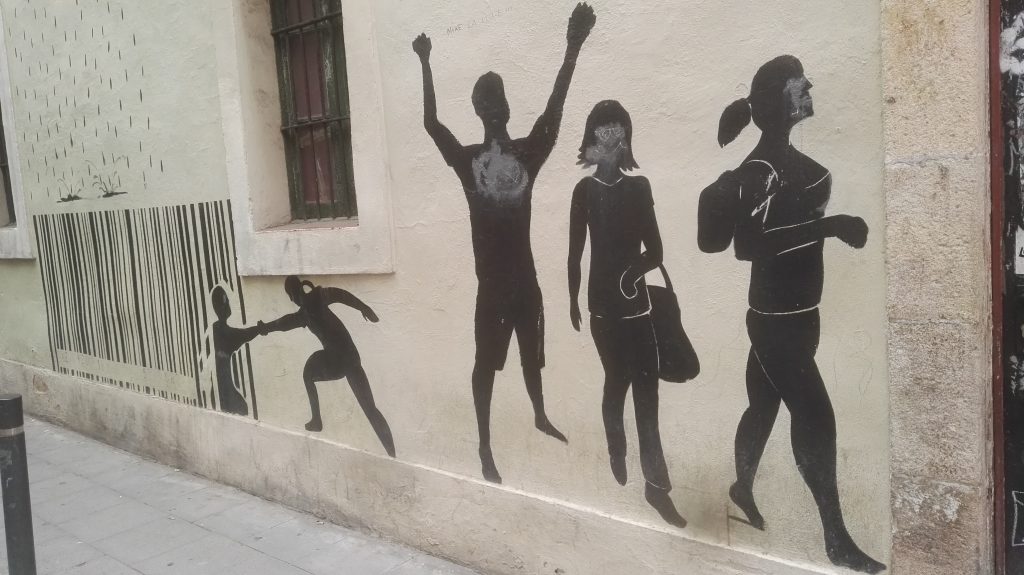 For SHARECITY this year I’ve been exploring food sharing practices in Barcelona: planting vegetables in the community gardens of squatted hospital-turned-community education centre, Can Masdeu; sorting produce at the consumer cooperative, L’Aixada based at the social centre Ateneu Rosa de Foc; gleaning spring onions, artichokes and carrots that would otherwise be plowed under in farmers’ fields to donate to people in need with Espigoladors; and testing out new technologies to participate in shared dinners in peoples’ homes with EatWith. These initiatives are based across Barcelona with Can Masdeu and Espigoladors located on either side of Barcelona’s peri-urban zone, while EatWith is everywhere (it represents an international for-profit across more than 50 countries) and L’Aixada is based in Gracia, an inner-city suburb full of cooperatives and alternative food practices: it is estimated that 20 percent of Barcelona’s cooperatives are based in Gracia. 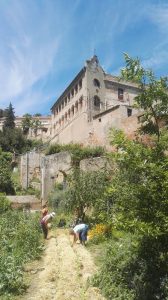 These examples range in food sharing modes from autonomous squats and collectives based on consensus decision-making, to social enterprise and capitalist start-ups. The Barcelona case studies go beyond simply sharing produce to also share space (such as gardens, kitchens and meeting halls), knowledge and skills, including horticulture and logistics while many enterprises hold emotional assemblies to learn how best to work together.

Barcelona’s food sharing community is long-standing with all three local case studies still going strong beyond 15 years, as the initiatives develop over time matching their members’ changing needs – often from youth to family form, while opportunities and pressures in Barcelona shift and fluctuate. Barcelona remains affected by the 2008 global economic crisis with declines in employment and GDP, while contemporaneously taking on new identities, such as becoming a world centre for social innovation and technology, now home to the Smart City Expo World Congress. 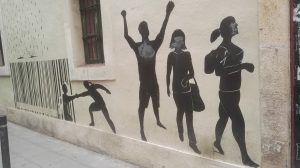 This selection of food sharing case studies reflects the city’s multiple identities and motivations, with Can Masdeu and L’Aixada emerging from activist pasts that include key events such as the 15M movement, while Espigoladors represents an emerging shift to social enterprise corresponding with growing international concerns about food waste. Espigoladors actively harvest and redistribute food, provide education programs for school children and bottle up jams and chutneys to sell whilst working alongside the advocacy arm of PAA to push ahead legislative change to address food waste concerns in Europe. EatWith (recently bought by VizEat) alternatively represents a member of Barcelona’s growing Food Tech community, with the city providing incubator hubs to support new initiatives. Similar local-based initiatives that are highly ICT-enabled include Trybe and Kechyn. 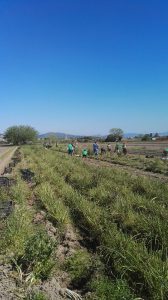 Furthermore, Ada Colau recognised by the Guardian as possibly the world’s most radical mayor leads municipal party, Barcelona en Comu, who together have provided a thriving and engaged political base on which to recognise how embedded politics within ICT requires truly democratic strategies to ensure data sovereignty. To attain this goal, Barcelona en Comu are developing initiatives and events such as Barcelona’s Digital City Plan and Procomun, while supporting the expansion of social and solidarity economies.

This incredibly rich tapestry of food sharing practices within the diverse context of Barcelona has provided many new research insights towards understanding food sharing initiatives within and across cities. I would like to thank all the participants who welcomed me into Barcelona’s food sharing community. I appreciate your generosity, kindness and patience for helping me to understand a new city in addition to overcoming Spanish and Catalan language requirements! I would especially like to thank my research assistant/ intern, Nacho, for his fantastic support!